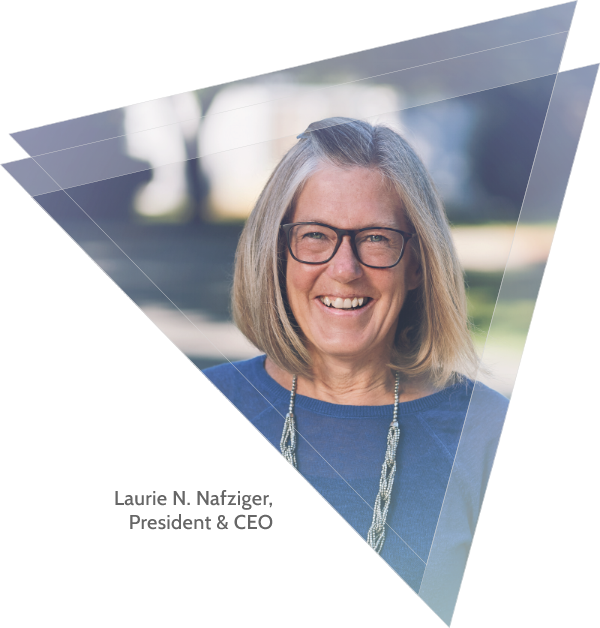 Ten years ago, Oaklawn experienced one of the biggest changes in our nearly 60-year history. We became the community mental health center for St. Joseph County. While much has changed, our commitment to our core values remains the same. These values guide our work in delivering compassionate, high-quality care and extending treatment through valued community partnerships.

Read on to see highlights from those years and stories from our clients and staff about how Oaklawn – and our donors – are changing lives.

As I look back on the decade, I’m very proud and deeply grateful for what we’ve accomplished. We have always been – and will continue to be – flexible and responsive to the needs of our community. Thank you for letting us be a part of it!

Donations from people like you change lives in our community. Thank you for considering making a gift to the Oaklawn Foundation.

Oaklawn’s kind and caring people make all the difference. 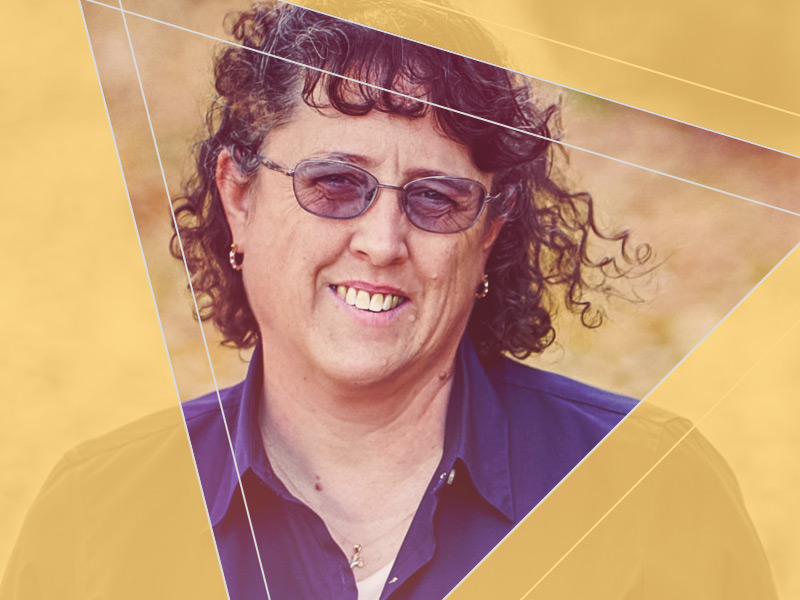 “I almost didn’t want them to [come to St. Joe County],” she said. “I thought the whole system was going down, and that Oaklawn would struggle to become a good community mental health center like they were in Elkhart.”

In 2010, Kathleen had been a client at Madison Center for almost 10 years. Originally from New York, she came to South Bend to attend Saint Mary’s College and earned a bachelor’s degree in math. In 1999, she was in a car wreck that caused a brain injury, though it wasn’t officially diagnosed for over a year. Then a psychiatric crisis required hospitalization. She received services at Madison Center regularly after that – one of thousands of St. Joseph County residents who relied on the community mental health center for ongoing care.

By the time Oaklawn came into the county, Kathleen had made progress in her own recovery and had started advocating for others. That advocacy work was her first experience with Oaklawn, as she’d accompany Elkhart County residents to their appointments or visit them in Oaklawn’s inpatient hospital. In the nearly 20 years since her diagnosis, she’s volunteered with NAMI, Clubhouse, Indiana’s Division of Mental Health and Addiction and currently serves on Oaklawn’s Consumer Advisory Board.

“Oaklawn was different. I knew that before they came to St. Joe County, but I didn’t know why,” she said, referencing Oaklawn’s history as a Mennonite organization and its faith-grounded approach. It’s the people at Oaklawn who make the difference, she says: “They serve us (clients) with dignity and some joy. Maybe not everybody believes in the faith-based approach, but they believe in kindness and reaching out to us and putting up with us.”

Over time, she’s learned the value of those therapeutic relationships, and how it isn’t always easy to work with people with a serious mental illness. She’ll question the recommendations of her psychiatrist, “but we go on,” she says. She may shut down with her therapist, “but my gosh, she greets me with a smile, and we start over every time.”

In 2017, Kathleen suffered a second brain injury during what should have been a routine surgical procedure, and Oaklawn’s staff were incredibly supportive as she navigated yet another change in her mental health.

It’s taken time to find her voice and to learn how to advocate for herself and for others. Oaklawn has been a big part of that journey.

“There were a lot of misunderstandings in the beginning, and that’s probably a part of treatment, but now there’s a point to correcting things and straightening them out. The people around you care. You ask them, ‘Why do you care? It’s my life.’ And they still care.” 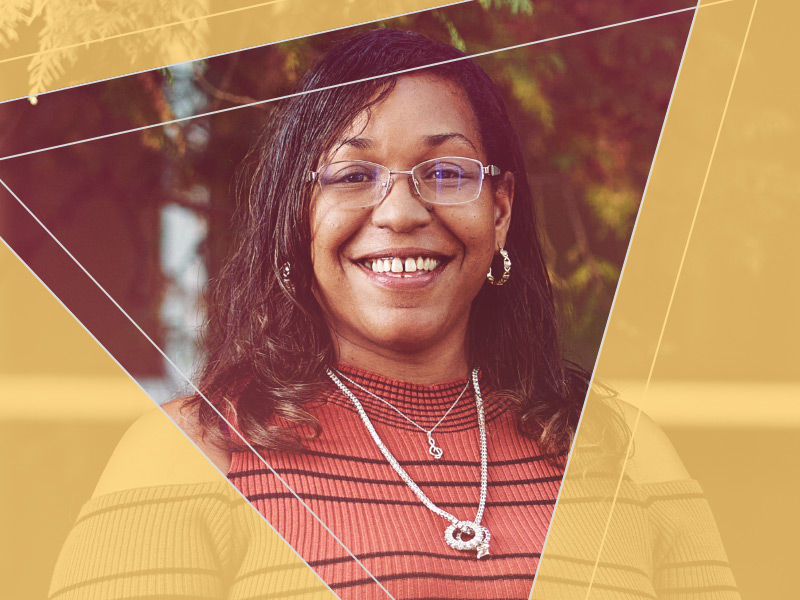 Just one person who believes in you can make a difference. Brandy House knows from personal experience.

At just 18, she was living in a battered women’s shelter, two kids in tow. She had become pregnant at 15 – a blow to the conservative religious household in which she was raised. When she got pregnant with her second child at 17, she and the father decided to marry.

“He wasn’t really ready to be a full-time husband or father,” Brandy remembers. “He drank a lot. He’s the one who introduced me to alcohol, drugs and weed, which later on was what I got in trouble for. There was one night, he tore up the apartment, he had us running out of the apartment scared.”

Brandy decided it was time to leave, but she didn’t want to be a burden to her parents, either. She went to the women’s shelter, and staff there helped her find her own apartment and get back on her feet.

Over the years that followed, she went back to her husband many times and they had another child together. “I didn’t know any better,” she says, emphasis on the word “better.”

Eventually, she left for good, but took some of the bad habits she learned from her ex. In her late 20s, she was convicted of a felony for maintaining a public nuisance – a marijuana plant she grew in her backyard. She went to jail. There, she learned the value of support.

Brandy had the support of her parents and a woman who drove her to and from work for the six months she was on work release. She determined to help others the same way. She earned her associate degree in criminal justice and became a recovery coach, then a trainer for coaches and now Oaklawn’s Team Leader for recovery coaches.

Recovery coaches are themselves in recovery from a mental illness or addiction, and specially trained to help others. They are proven to help people start treatment, stay in treatment, reduce substance use and reduce the need for high-end, costly services like hospitals and jails.

“Recovery coaching is new, but Oaklawn has taken it on full force,” Brandy said. Oaklawn has coaches for people who are homeless, incarcerated or recently overdosed. “It’s wholistic, that’s what’s different about Oaklawn, they care about the whole person.”

Oaklawn’s support helps people have new hope for the future. 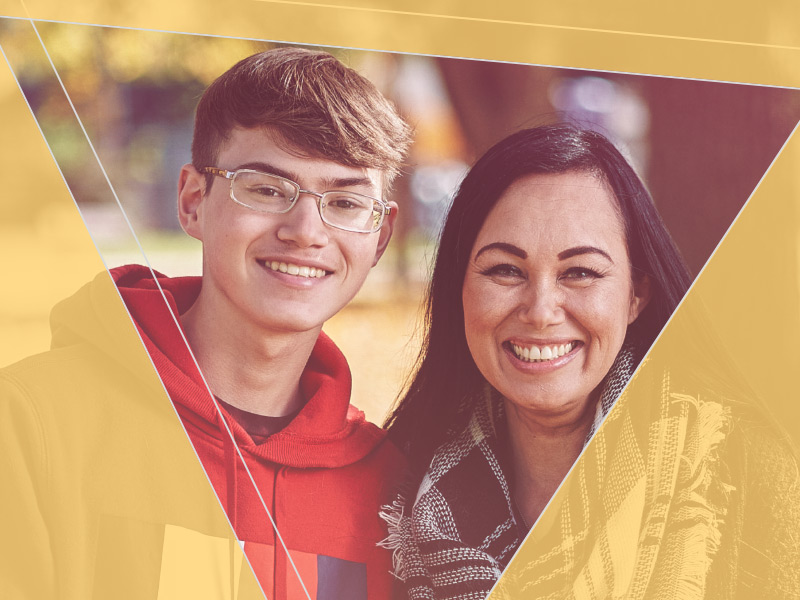 AJ was only 12 when his dad was diagnosed with brain cancer. That was when everything changed. He was the youngest of four, and one of two kids still living at home. His mom, Ginny, quit work to care for his dad for two years before he passed away. When he died, she went back to work, working three jobs to try to rebuild their life.

His mom took him to a counselor who diagnosed him with depression and treated him for about eight months. Life went on.

AJ started high school and got his first job. He started experimenting with substances with his friends – cigarettes, alcohol, vaping, weed, Xanax. He promised himself it wouldn’t become an every-day thing. Then an older cousin he was close to, one who had helped them care for his dad, died unexpectedly.

“My depression started to set in, and I had this very bad view on life,” AJ said. He started using substances as a way to escape, and it wasn’t long before he needed them just to feel normal. By 11th grade, he was getting in trouble, missing school and lying.

Ginny took him back to counseling, but no one suspected he had substance use disorder. Then AJ confided in a friend that he was planning to end his life. His friend got him help, and AJ was taken to the hospital. That’s when his substance use came to light, and he was referred to Oaklawn’s New Hope program, an addiction program specializing in treating youth.

“I learned a lot not only about myself, but also about depression and anxiety. I learned a lot about addiction,” AJ said. “People would say, ‘Why don’t you just stop?’ Before I would believe them. I thought I was weak-minded … because I didn’t know it was a disease.”

Now, AJ knows more about what he’s up against. He talks about the things he’s learned in therapy and in group. He knows he has a chronic disease – one that could cause him to relapse. He knows he can’t substitute one addiction for another. He knows it’s important to talk to people who support him, and he knows he’s not alone.

His view on life is looking up, too. He’s a senior in school; he’s back to work. He has a car and a driver’s license. He’s planning for his future – a future that earlier this year, he wasn’t planning to have.

Ginny is proud of what he’s accomplished, and grateful he’s here: “He has a lot to look forward to now.”

Oaklawn’s Growth, by the Numbers

Oaklawn has always been committed to building community partnerships and extending care beyond the walls of our
campuses. Within the past decade, we started recording these numbers, which are an important measure of Oaklawn’s
full impact on our community.

clients served in our offices, in the community and through community partnerships.

professionals and communitymembers benefiting from Oaklawn trainings and outreach

Click on a year or arrow below to navigate.

Donations from people like you change lives in our community. Thank you for considering making a gift to the Oaklawn Foundation.