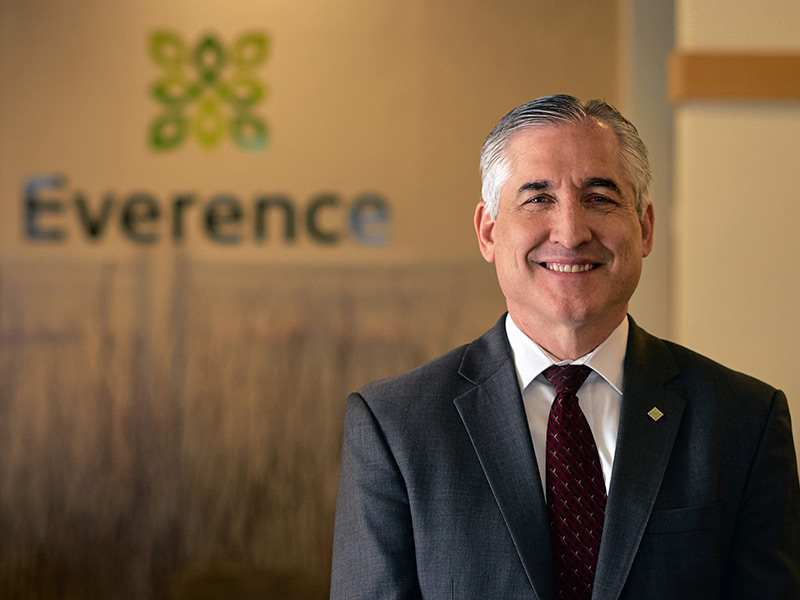 “It’s critical that a community resource like Oaklawn is strong and viable,”

For many of the most generous donors, giving isn’t simply about kindness and goodwill: It’s about good stewardship.

“Stewardship is really the core of our mission,” said Ken Hochstetler, President and CEO of Everence, a national faith-based financial services organization headquartered in Goshen. The organization’s four guiding principles – discovering God’s purpose, living responsibly, preparing for the future and giving generously – “significantly capture our work with helping people at the intersection of faith and finance.”

That work has led to a cumulative charitable impact of more than $1.25 billion since Everence was founded 72 years ago. Everence and its members have given more than $260 million to charities, churches and community investments since 2013 alone. Everence has supported Oaklawn’s Spring Spectacular, its largest annual fundraiser, for nearly 20 years and recently joined the Partnership for Children as a benefactor. Additionally, both organizations share a rich Anabaptist history.

“Anabaptists in a prior generation were on the forefront of respecting and serving folks who were marginalized due to mental illness,” said Hochstetler, who carries on a personal interest in that mission, both as a donor and member of Oaklawn’s corporate Board of Directors. “I’m very interested in helping organizations build capacity to serve well far into the future.”

Since becoming more involved with Oaklawn’s mission, Hochstetler has learned more about the breadth and scope of Oaklawn’s services. The organization makes a true difference in the lives of those who are marginalized by mental illness, he said, something that has affected or will affect most every family at some point in time.

“It’s critical that a community resource like Oaklawn is strong and viable,” he said. Furthermore, “As I continue to meet employees there, I’m always impressed with their professionalism and sense of purpose in serving the mission of Oaklawn and the needs of this community.”