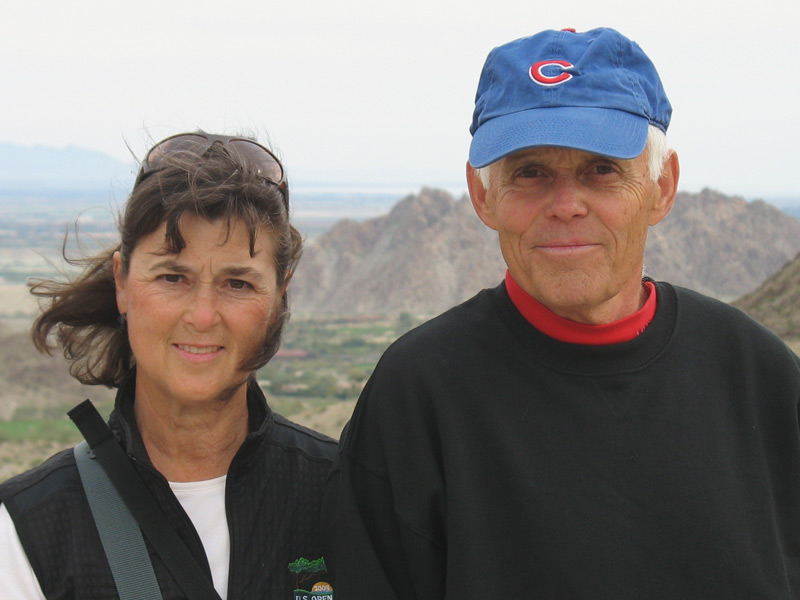 “I think the typical person who has not used their services probably doesn’t realize how fortunate we are to have an agency such as Oaklawn.”

Myrl and Phyllis Nofziger have a passion for philanthropy.

“I’ve often said in jest that if I came back, in my next life I’d get a Ph.D. in philanthropy and become a development officer,” said Myrl. “I just love it.”

In this life, Myrl enjoyed a successful career in commercial real estate development as co-owner of Hoogenboom-Nofziger Corp., which has served the area for 50 years. His wife Phyllis is a former nurse and lawyer, and both were raised in homes that placed a high priority on benevolence. Myrl’s parents taught him that “giving” doesn’t begin until after you’ve tithed.

This strong faith tradition has greatly influenced the Nofzigers’ giving, as well as their travels, Myrl says.

“I’ve had the good fortune of doing a lot of international traveling, and by being involved in third-world activities, I’ve seen the need for giving,” he said.

During a trip to Zimbabwe for the Mennonite World Conference, he felt the desire to contribute in Africa. He became connected with Eden Ministries in Doma, Zimbabwe, which operates a school, an orphanage and a medical clinic. Over the years, Myrl has helped organize Rotary grants totaling tens of thousands of dollars to purchase school equipment, rabbits and a solar-powered well. More projects are on the horizon.

On the home-front, the Nofzigers have been supporters of Oaklawn since the mid-’80s. Former President and CEO Hal Loewen was a close friend and fellow member of their small group at College Mennonite Church. Current Foundation Director Matt Lentsch has also become a close friend, he says. In their years of giving to Oaklawn, they’ve seen many changes – in leadership, services and campuses – but Myrl says in that time, Oaklawn has proven a commitment to quality programs and leadership.

“Oaklawn has been a great asset to our county,” Myrl said. “I think the typical person who has not used their services probably doesn’t realize how fortunate we are to have an agency such as Oaklawn. The leadership, doctors and other professionals are just outstanding.”