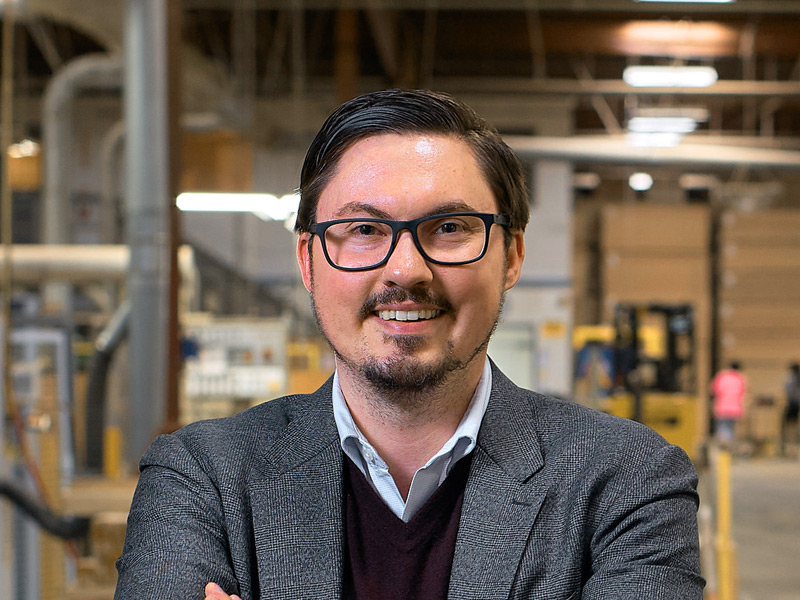 “One of the primary reasons we selected Oaklawn is because of the growing mental health issues our society is facing. They have one of the greatest opportunities to make a big impact.”

There are many touchstones of Robert Weed Corporation’ s family-owned origins: a logo taken from its founder’s actual signature, a facility that was built up as the business grew and a sense of belonging in the community that has been its home for more than 50 years.

“It’s important to us to be engaged and active in our community,” said Will Weed, the company’s chief revenue officer who also oversees charitable giving. “We see it as an investment – helping to improve the community and support the people who live here.”

The business has matured since its start, when Robert Weed traveled the world sourcing the wood that would eventually be sold in the U.S. as panels of plywood. Robert’s son David (Will’s father) would make strides in improving processes and growing the manufacturing side of the business. Will is a numbers guy, bringing a level of focus and precision that’s helped Robert Weed find its niche.

The business isn’t the only thing he’s looking to grow, though. He’s empowering his employees to get involved in local non-profits and professional associations. His vision is for each of the roughly 400 employees to spend part of their workhours during the month volunteering.

“If everybody would be part of a charitable organization or a professional association, it would be a better world,” he said. “One of our maintenance guys just raised $9,600 for Big Brothers Big Sisters, and he had the biggest smile on his face for two months while he was doing it.”

Weed has also narrowed the focus of the company’s charitable giving, defining clear strategic goals where their dollars can make a difference. This sharper focus led him to choose Partnership for Children for a sustaining sponsorship of $120,000 over a three-year period. Partnership for Children is a collaboration between Oaklawn and 11 youth-serving agencies in Elkhart County. It aims to identify at-risk youth earlier, get them help faster and improve outcomes for children and families.

“One of the primary reasons we selected Oaklawn is because of the growing mental health issues our society is facing,” Weed said. “If we need to make an improvement anywhere, it’s improved mental wellbeing. Since Oaklawn is helping to address that, they have one of the greatest opportunities to make a big impact.”